In G.O. 1st to 3rd read above, Government of Andhra Pradesh adopted the Government of India’s New Pension Scheme based on Defined Contributions for the employees of the state, who are newly recruited on or after 01.09.2004.

2. Several representations and requests have been received from various service associations and people representatives for de-adoption of contributory pension scheme and restoration of Old Pension Scheme for the State Government Employees.

3. Keeping in view of the representations from the service associations and people representatives, the Government hereby constitute an expert committee with the following compostition.

i. To submit a detailed report analysing the repercussions, both legal and financial of reviewing the contributory pension scheme now in force.

ii. To submit a detailed report analysing the impact of contributory pension scheme on the state Finances.

iii. To suggest propositions regarding the liabilities and risks that may arise out of the agreements entered into with NPS trust and NSDL.

vi. to analyse the status of the scheme in detail and the experiences and current scenarios of other states that have implement the contributory pension scheme

vii. In case if the scheme is continued, what are the various steps that can be taken to make it more attractive/beneficial?

viii. To make suggestions in other matters that the committee finds relevant with regard to the review of the contributory pension scheme.

5. The term of the committee shall be 3 months from the date of issue of orders. 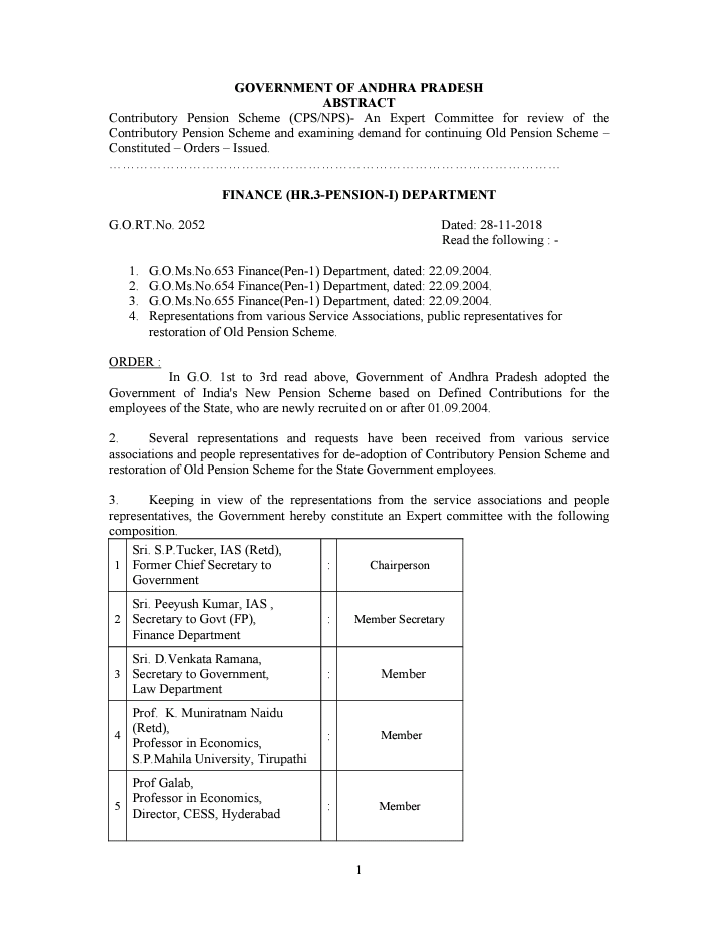 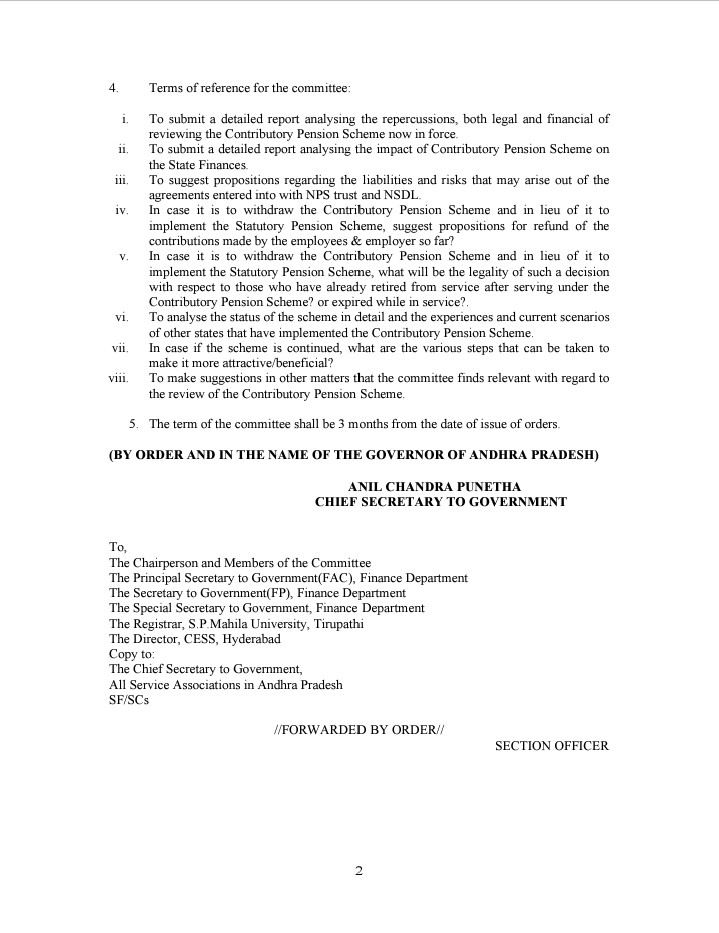