GOVERNMENT OF INDIA
MINISTRY OF LABOUR AND EMPLOYMENT
RAJYA SABHA

Will the Minister of LABOUR AND EMPLOYMENT be pleased to satate :-

(a)whether Government has taken any steps to bring in more employees from Public and Private sector as well as from unorganized sectors into the ambit of EPF, if so, the details thereof;

(b)the zone-wise total number of EPF accounts and the amount accumulated in their accounts as on 31st March, 2015;

(c)the number of EPF accounts not updated and undistributed interest lying in Interest Suspense Account and closing balance as per consolidated Annual Accounts of the EPFO till 31st March 2015; and

(d)the steps taken by Government for speedy disposal of EPF claims of the EPF subscribers?

(a) Yes, Sir. The Government has enhanced the wage ceiling for coverage under Employees’ Provident Funds & Miscellaneous Provisions (EPF &MP) Act, 1952 from Rs.6500/- per month to Rs.15000/- per month with effect from 1.9.2014. As a result, the employees drawing wages of more than Rs.6500/- and less than or equal to Rs.15000/- per month working in establishments on which the EPF & MP Act applies have been brought into the ambit of the Act, mandatorily.

(b) The zone-wise total number of Employees’ Provident Fund (EPF) accounts and the amount accumulated in the accounts as on 31st March, 2015 is at Annex I & II.

There is no account known as ‘Interest Suspense Account’. However, para 51 of the Employees’ Provident Funds (EPF) Scheme, 1952 provides for ‘Interest Account’ in which interest income to the fund is credited and interest to the members are paid out of this account. As per Annual Accounts of the Employees’ Provident Fund Organisation (EPFO) for the financial year 2014-15, an amount of Rs.2843.26 crore is lying in Interest Account upto 31.03.2015.

(d) The following steps have been taken by EPFO for speedy settlement of claims:

i. EPFO has allotted a unique Universal Account Number (UAN) to its members for portability and consolidation of all previous accounts. The employees whose details like AADHAR Number and Bank Account Number have been seeded in their UAN and whose UAN have been activated by their employers, may submit claim forms directly to the EPFO without attestation of their employers.

ii. EPFO has been mandated to settle claims within 20 days.

iv. The process of settlement has been simplified and certain manual processes have been done away with.

v. The authorities for approval of settlement have been reduced from 3 to 2 levels.

vi. An online payment facility has been developed for employers for payment of dues. The facility is available for 56 nationalised and private sector banks. The internet banking (INB) facility enhances efficiency and payment and ensures anytime, anywhere online access while usage of existing internet bank account to make payments online. This facility has been provided at no cost to the employer. At present, 92 per cent of contribution is being received electronically.

vii. National Electronic Fund Transfer (NEFT) has been introduced for payments. Over 99 per cent of all payments, including monthly pension payments, are effected electronically.

viii. Process for transfer claims has been re-engineered.

ix. A multilevel supervision is being done at different hierarchies. 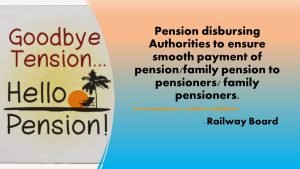 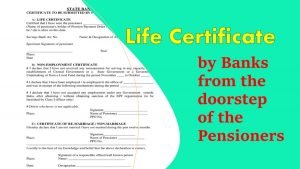