Subject: Deputation/Foreign service of officers of CSS – Revised instructions regarding

“A CSS officer shall eligible for Deputation/Foreign service to any post in Central or State Government, Central/State Government organizations/Government of UTs/Government of UTs organizations/Autonomous bodies/Trusts, Societies, PSUs etc., only after he/she has completed 9 years of Service and is clear from the vigilance angle. The 9 years of service clause, however, will not apply to posting in the personal staff of Ministries.

3. It is reiterated that above clause is still in force and all the Ministries/Departments are, therefore, requested to take note of the above clause while forwarding the application of CSS officers for deputation posts.

sd/-
(K.Srinivasan)
Under Secretary to the Government of India 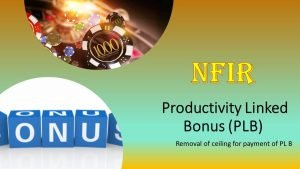 Protection of pay to the Central Government … END_OF_DOCUMENT_TOKEN_TO_BE_REPLACED

Restricted the payment of Night Duty allowance to … END_OF_DOCUMENT_TOKEN_TO_BE_REPLACED

One time relaxation for retention of railway … END_OF_DOCUMENT_TOKEN_TO_BE_REPLACED