Where the nature of work entrusted to the casual workers and regular employees is the same, the casual workers may be paid at the rate of 1/30th of the pay at the minimum of the relevant pay scale plus dearness allowance for work of 8 hours a day.

Persons on daily wages (casual workers) should not be recruited for work of regular nature.

(Surya Narayan Jha)
Under Secretary to the Government of India
Telefax: 23094248 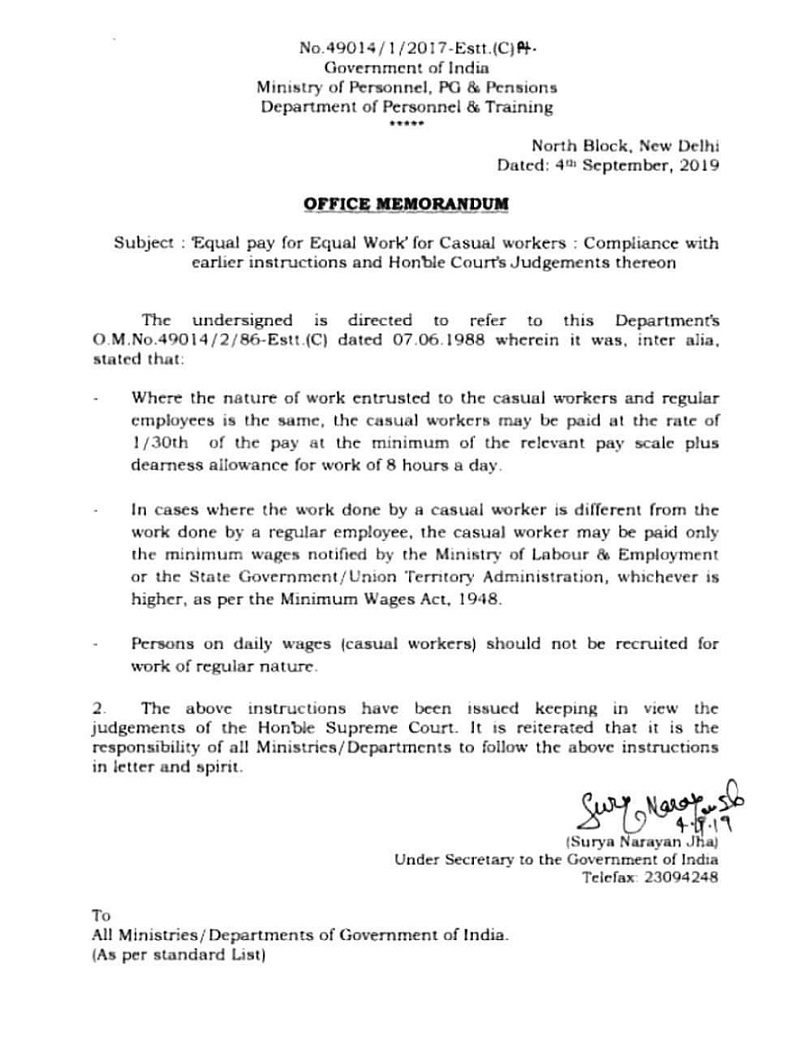