SCRMU submitted memorandum to Hon’ble Minister for Railways Shri Suresh Prabhu on the demands of Railwaymen.

HONABLE MINISTER FOR RAILWAYS, ON HIS VISIT TO SOUTH CENTRAL RAILWAY, SECUNDERABAD ON 19-01-2015.

We welcome you on your maiden visit to the Headquarters of South Central Railway. South Central Railway is one of the best productive Railway out of all the 17 Zones and year by year it is increasing its earnings through freight and passenger traffic beyond the targets fixed by the

Railway Board. Under the dynamic leadership of Shri P.K.Srivastava, General Manager, & his team of officers, it is increasing the productivity with disciplined staff who are straining their nerves every movement and bringing laurels from the Railway Ministry.

The following important issues are brought to your kind notice for favourable consideration:

Indian Railways having more than 64000 Kms. with running of 12,670 Passenger Trains and 7421 freight trains and carrying nearly 24 million passengers and 3 million Tonnes of freight traffic daily. It is the back bone for supply of essential commodities to the masses of this country. Indian Railways is doing great service to the poorest of the poor in the country with reasonable fares from one end to the other end of this country.

The Government’s decision to set up dedicated Freight Corridors and Bullet Trains under FDI is causing a lot of anxiety among the Railwaymen as the Railways will lose its entity as carrier of the poorest of the poor. The recent decision of introduction of Yatri Ticket Suvidha Kendra (YTSK) under PPP is a wrong step and it will lead to malpractices in the Reservation System.

It is a proven fact, that, dependency on the Foreign Capital is the prime cause for the South East Asian Economic Crisis in the year 1997, when the workers and their families in these countries were affected badly. Government’s decision in the year 1991 to open the economy completely to outside market did not yield any result. Because of Government of India’s contribution, no bad effect was felt on Indian Railways whereas the other countries suffered huge economic crisis in the year 2008.

In view of the above, your kind self is requested to advise the Government to withdraw the 100% FDI and PPP decision on Indian Railways and save the Railways and Save the Nation.

2.EXEMPTION OF RAILWAY EMPLOYEES FROM OPERATION OF THE NEW PENSION SCHEME W.E.F.1-1-2004.

Indian Railways, on the orders of the Government of India have introduced New Pension Scheme for all its workforce appointed on or after 1-1-2004. The New Pension Scheme has withdrawn the social security cover given to the Railway employees which was in vogue prior to 1-1-2004 under Railway Service (Pension) Rules 1993.

The Defence Forces as well as Paramilitary forces under Ministry of Home Affairs have been kept out of the purview of New Pension Scheme introduced w.e.f. 1-1-2004 and they are continued OldPension Scheme.

On the request of All India Railwaymen’s Federation, the then Hon’ble Minister for Railways, Shri Mallikarjun Kharge wrote to Shri P.Chidambaram, the then Hon’ble Minister of Finance on 29-3-2014 for exemption to Railway employees from operation of NPS and take necessary approval from the Cabinet and communicate the same to the Railwaymen. He pleaded for exemption from NPS for the Railway employees on consideration of special, riskier and onerous nature of duties which are resulting in heavy death toll among Railway employees on duty.

Your kind self is therefore requested to apprise the present Hon’ble Minister of Finance and take up the issue in the Cabinet and secure exemption for the Railway employees from the purview of New Pension Scheme w.e.f 1-1-2004, duly bringing them under old Pension Scheme.

3. FILLING UP OF VACANCIES IN THE GROUP’C’ & GROUP ‘D’ CATEGORIES BY LOCAL CANDIDATES THROUGH RRBs / RRCs.

At present, as per the policy laid down by the Government of India, any Indian National can apply for the Central Government Jobs irrespective of his being resident of any state, which rule is causing unrest among the unemployed youth of a particular area, as they are not able to get employment in their local area/state. Article 16(1) of the Constitution of India provides for equal opportunity for employment /recruitment to all citizens of India.

4. NON REDRESSAL OF CHARTER OF DEMANDS

Even though several rounds of discussions were held with the Railway Board by the All India Railwaymen’s Federation, no tangible results are forthcoming, which is creating unrest among the Railway employees.

You are therefore requested to impress the Full Board to hold negotiations with AIRF in a time bound programme and redress the grievances, so as to motivate the staff to achieve better productivity.

In every Railway Budget, the grant given for maintenance of Railway quarters and Staff Amenity Programmes are reduced in the name of non-availability of sufficient funds.

Due to non-availability of funds, the repairs to the Railway Quarters, drains, water facilities etc. are not properly carried out, which is causing lot of hardship to the employees residing in the Staff Quarters.

In the same manner, due to non-provision of adequate funds for medical facilities and also appointment of regular Doctors, Paramedical Staff, the services are getting deteriorated leading to loss of man hours due to regular health problems to staff.

You are requested to secure adequate funds for the medical services, Staff Quarters and Staff Amenities to help the Railwaymen and their families. You are also requested to issue a policy decision to regularize the Contract Paramedical Staff duly holding required examination by the concerned departments.

6. EXTENDING THE FACILITY OF INCLUSION OF PARENTS IN THE PRIVILEGE AND POST RETIREMENT PASSES AND FOR MEDICAL TREATMENT.

An assurance was given by the then Hon’ble Minister for Railways for including the parents of the serving/retired employees in the Privilege Passes/Post Retirement Passes and also for medical facilities.

Your kind self is requested to issue necessary instructions to the concerned officials in this regard.

Railwaymen work round the clock and in all weather conditions throughout the Country irrespective of availibility of minimum facilities like housing, Education, Medical and Recreation. Their Children are deprived of Good Education, Medical and Recreation facilities due to their parents working in remote villages, forests and border areas. They are also subjected to periodical and administrative transfers to other stations for operational convinence at the cost of their Children Education, medical and other facilities.

Hon”ble Prime Minister Sri Narendra Modiji desire that the youth of this country should be imparted Technical Training by providing Apprentice Training. Railways has got lot of facilities forgiving Apprentice training in Production Units, Workshops, Electrical/Diesel sheds, C&W Depots, Yards and Stations. Necessary orders may please be issued to Rly. Management to give Apprentice training to the wards of Railwaymen and absorb them in group D vacancies.

New Capital is built up for Andhra Pradesh State near Vijayawada . Railway services will increase from Vijayawada Junction and Railway Employees strength will also increase.

We request you to sanction in the ensuing budget Super Speciality Railway Hospital to Vijayawada.

S.C. Railway is housing large number of Eletrical Locos at ELS/LGD, ELS/KZJ & ELS/BZA. A New Eletrical locoshed is coming up at Guntakal . For POH Electrical Engines there is urgent need to sanction POH workshop at Kazipet which is situated in central place of S.C. Railway. You are requested to sanction the same in the ensuing budget.

Railway Board imposed unrealistic clause of MATCHING SAVINGS for creation of New Posts which are necessary for manning New Trains introduced, New lines brought into system,New Electrification etc. Due to non availability of funds in the saving Bank new posts required to maintain safety and amenities to passenger services are not created.. All General Managers &Federations voiced their protest against this clause but Railway Board insists on the same againstsafety and public amenities.

You are requested to issue necessary instructions to withdraw the matching saving clause for creation of new posts.

Railway Employees are paid PLB during DASARA FESTIVAL. Even though the number of Days Bonus is increasing they are not getting minimum wages as PLB due to the ceiling of Rs.3500/- for month. The minimum wage is Rs.7000/-(Rs.5200 + Rs.1800/- GP) for Group D in Railways. They are not paid at least minimum of Pay per month as Bonus. You are requested to recommend Cabinet for amending Bonus Act to remove the ceiling Limit. 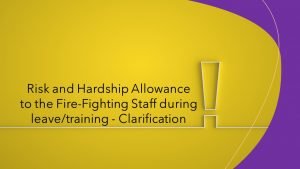 KV school IXth class admission method 2020-21 For admission to Class IX, an admission test shall be